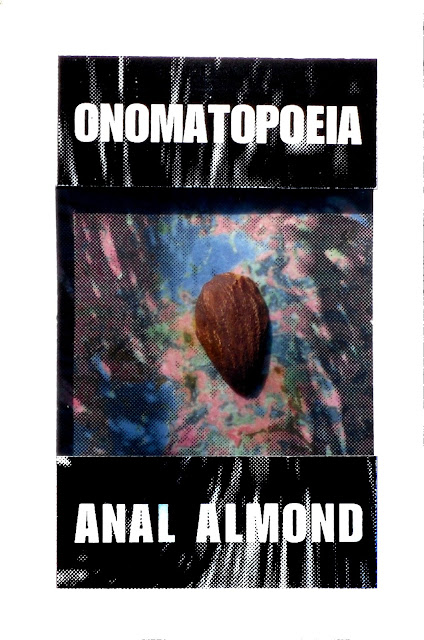 It's difficult to shake off the notion that power electronics must by definition be about the joys of a violent and unpleasant sexual deed or how Adolf Hitler was probably amazing in real life, but of course there's no real reason why it shouldn't explore controversial ideas and imagery associated with less obviously contentious subjects, a food allergy for example. This is where Onomatopoeia went with Anal Almond, limited to an edition of one-hundred, issued by a Japanese label in a fancy box physically including an actual almond as part of the artwork. The idea struck me as initially peculiar, but in Onomatopoeia's defence, what you hear on this cassette is probably of an intensity equivalent to what goes through my wife's head when she comes into contact with almonds. She's allergic too and has very strong feelings on the subject.

Anyway, regardless of anything else, this is a very substantial and satisfying slab of noise. I don't know much about Onomatopoeia beyond that it was the organ of Steve Fricker who ran Cheeses International - both a label and distribution - and occasionally worked with the mighty Smell & Quim. So there you go.


Download the tape and scans of the box it came in by clicking on this link.

Return to Index
Posted by Lawrence Burton at 12:35