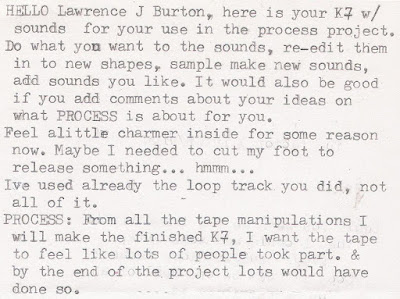 I'm afraid there's not much I'm able to say about this one. Shaun Robert, then recording as factor X, got the ball rolling. The idea was that the tape would be passed from person to person with everybody adding stuff, treating what was already there and so on, presumably to end up with a piece of >cough< >cough< sound art of indeterminate multiple origins. He sent it to me, and there was clearly already some input from persons other than factor X - the guy with the American accent being one - but I have no idea who these people were or how many times this cassette had been messed with before it came to me. I suppose logically those involved would probably be persons with whom factor X had already collaborated in some capacity or other - so AMK, Odal, Sudden Infant, Suzuki Shunya, Mlehst, and others may be on there somewhere, but I have no way of telling. I had a look through my eight or nine lever arch box files full of correspondence (I keep everything) but found only the above in reference to this cassette. In another letter I found, Shaun talked about a performance he would be doing in Portugal. Whoever was putting him on had paid his air fare and would be providing accommodation, but he still needed money for fun. He had estimated two hundred quid should just about cover it, so he hated to ask but could I loan him fifty towards that sum? Seeing as I was working full time in a physically demanding job and yet still having trouble making ends meet, whilst Shaun had decided that wage slavery just wasn't his scene and had rounded up this begging letter with a cheery one day we shall both be artists! I decided that he could, in this instance, go fuck himself. Therein may be found clues as to why we are no longer in touch, and why I haven't been able to ask him who else contributed to this thing.

Anyway, the enterprise reminded me of Dada X, as orchestrated by Carl and myself a year earlier - the composition of which was why I'd introduced myself to Shaun in the first place - but frankly more ponderous with all that dull self-referential baggage about the process of recording. I was already sick of media drawing attention to its own structure by the time I left Maidstone College of Art in 1987, but I tried to get into the spirit of the thing, and tried to add material which might render it a bit more listenable - although some of that which I added is just me taking the piss, and the opening speech was nicked straight from Peter Avery's introduction to Moraals.

I don't know if this project was ever completed as Shaun never mentioned it again. Maybe I killed it off, but anyway, here's what it sounded like once I was done with it.


Return to Index
Posted by Lawrence Burton at 10:36 No comments: 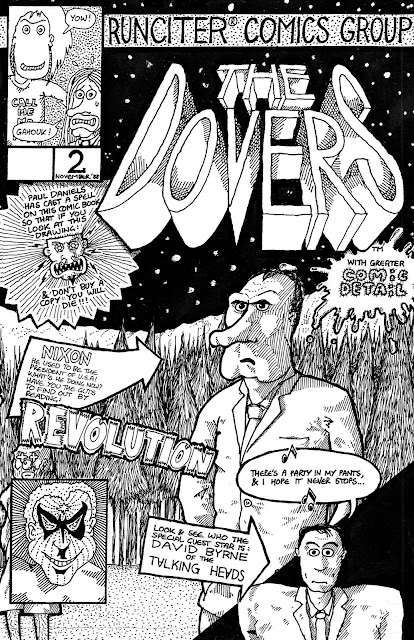 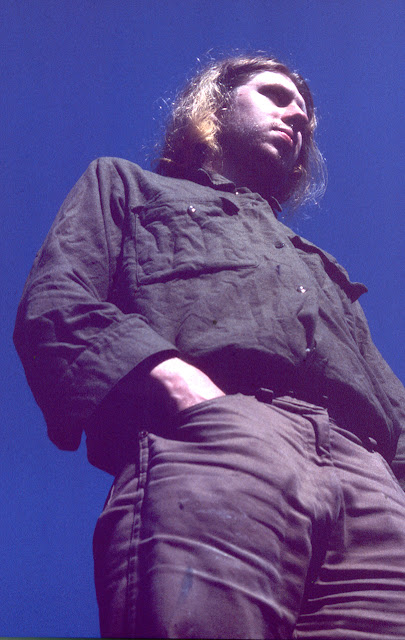 Here's another Do Easy tape which was really just a collection of stuff rather than anything intended to be listened to as an album of any description, and it's actually a C60 but I found Improvisation 1986 and Pause on the end of another tape, and they seem to have been from around the same time as the rest of this stuff, so here they are.
The first four tracks, which you may notice sound marginally less shambolic than the remainder, were intended as demos for some sort of 12" EP I had a vague plan of recording - seeing as how I had free access to a studio and Brian Eno's old EMS suitcase synth and everything. The idea would be that I'd re-record them without all the screw-ups at some point, then cut a disc and become rich and famous, but I had no money to pay for pressing or any of that shit so I lost interest. I was experimenting with perfect pop, like all those dudes in the pastel suits, whilst additionally influenced in equal parts by the Apostles and Nocturnal Emissions' Songs of Love and Revolution album (an influence which extends to a few of the other tracks on this tape), and it's probably significant that Slowing Down is basically a rewrite of That Was Then but This Is Now by ABC, although I didn't notice it at the time; and yes I know the lyrics are fucking terrible.
Steve McGarrigle played trumpet and almost certainly aided with programming on the first three tracks. Pete Avery sang backing vocals on Slowing Down, which was a bit of a mistake on my part - having backing vocals both louder and better than the main vocals, but never mind. Charlie Adlard, he of Soul, the Cosmic Rays, and who now draws The Walking Dead comic (and is as such probably the man to blame for why you can no longer turn on the telly without seeing zombies) played drums on Fucking Bastard and fire extinguisher on Lies - which was inspired by a dream I had featuring a Target Doctor Who novel apparently called Lies. The cover was predominantly yellow and featured Sea Devils drawn by Chris Achilleos. Ian Elliott is the gentleman with the Newcastle accent who can be heard enthusiastically agreeing that Steve Kütz is a fucking bastard on the song of that name, for that's who it was about, because I'd shared a house with him and the guy was a pain in the arse, quite frankly. Possibly ironically, Steve Kütz plays bass on Garreth is a Pervert, which was just the three of us mucking about. I guess he was less annoying that day.
Do Easy was never really intended to be anything but me and whoever else could be bothered, but Garreth Roberts probably came closest to making it a duo. He features on this tape on Fucking Bastard, Groove 1889, Garreth is a Pervert and Lies, and most of the singing which obviously isn't me was by him. I later re-recorded Groove 1889 for the Illyana Rasputin tape but Garreth failed to show, so I still prefer this version. Smilin' Paul Mercer sings on Decay. Improvisation 1986 was performed by Steve McGarrigle, Garreth Roberts, and myself - the TBM department at Maidstone College of Art was built in such a way as to make a sort of natural arena of the roof of the ground floor printing department, formed by the four inner walls of our own first floor department. Garreth, Steve and myself were bored so we set up a load of percussion instruments out there and just banged away for a bit, and I recorded it.

The woman you can hear laughing on Surveillance II achieved brief infamy a couple of years earlier when she appeared accessorised with her dead grandad's false teeth on the front page of The Sun newspaper as an example of why punk rock was an affront to common decency and all that good stuff.

Download the fourteen tracks by clicking on this link.