Another Bouquet on the Grave of Free Enterprise (1982) C60 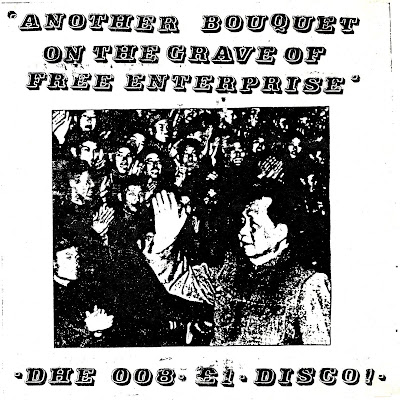 This is, I'm afraid, the last of my Dead Hedgehog tapes, and possibly my favourite by virtue of how many hits it yielded - To Hell with the Carnival, The New Breed, Celia's Crazy, and Architecture being way up in my personal list of favourite songs ever to come from a humble cassette, and of course the magnificent Flying Beechcraft who really should have been massive on the strength of their three songs that I've heard - Tez Mitchell and their contributions to the similarly excellent Thing from the Crypt, which you really need to buy, if you don't have it already.
Most of what you need to know is detailed on the cover, which I've scanned, and which is A4 because this was one of those wilfully annoying tapes with artwork folded to the size of a 7" single and inserted into a plastic cover of similar dimensions. You've probably heard of the Swell Maps and the Apostles. You will have heard of Mex if you've been following this blog. Magits was the guy or possibly guys who ended up forming Rudimentary Peni. Cult of the Supreme Being were Mex and the late, great Robert Dellar as memorialised in this book.
Anyway, I asked Mex if he had anything he felt like saying for this blog post, and thusly didst he speak:
Twenty-first century reflections on
Another Bouquet on the Grave of Free Enterprise, 1982

It's funny how something from your past is almost erased from memory until it's brought up again, then it suddenly feels like it occurred only yesterday with every detail falling back into place. Well that's the scenario for me with these tapes the late Robert Dellar and I used to compile and distribute back at the beginning of the '80s, when DIY indie music culture hit its pinnacle.

Our main motive for doing it was because much of the material was never going to have any other outlet if we didn't do something about it, but primarily because it was just fun to do and it kept us off the streets!

Ultimately the scene was small and it was primarily friends and friends of friends who ended up getting these tapes in their possession. Probably at most only around a hundred and fifty people got to hear each cassette, although that's a damn sight more than would have heard the music outside of the gigs, had we not issued them in the first place.

Another Bouquet came on the back heels of its predecessor Bouquet of Barbed Wire, which was by far one of our most favoured releases. To my mind Another Bouquet had a more diverse and slightly extra developed sense to it from the aforementioned tape, with the fantastic S-Haters 1980 opener, which I adored, especially the tremendous and incredibly powerful intro performed on it by Fiona Branson. That was the highlight of the compilation for me, although there are other little gems in there that bring back great memories from a more carefree time, which evoked an energy that anything was possible and the world was our oyster. On top of that we were all little rascals and if you told us you couldn't do something, rest assured we'd sure enough find a way to do it! So although our compilation releases didn't echo those with the gloss by corporates such as K-Tel, only being produced on standard shop bought cassettes, photocopied sleeves and sold via mail order (eat your heart out Amazon, we were ahead of the game!), our passion exceeded all, demonstrating where there’s a will, there’s a way.

We didn't exactly set the world on fire but we did produce a microscopic alternative in music against the mainstream of that time, which not only provided us with a backdrop to our own youth, but for a few others as well. With that we are left with great memories and some marginal music that astoundingly still resonates in certain quarters today, and is kept alive all these years on with its continued elevation by progressive luminaries such as Lawrence Burton and Dark Entries Records' Josh Cheon. That is testament alone and makes me gratified to have been involved with a whole scene and bunch of interesting creatives at the time, proving our youth certainly wasn't wasted on the young!
- Paul Mex
Original DIY music architect, DHE co-founder and music producer


Return to Index
Posted by Lawrence Burton at 09:18 1 comment: 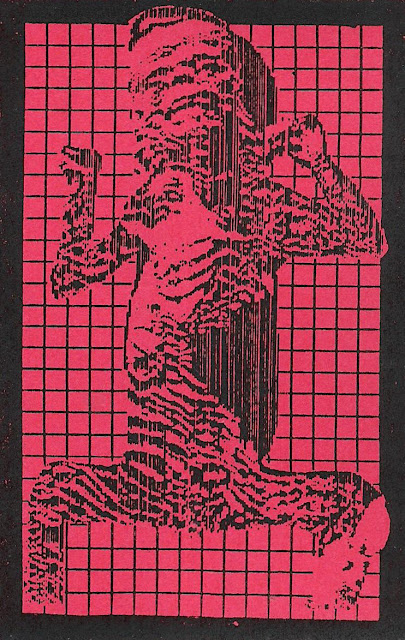 Antonym was the work of Anthony G. Burnham, the living dynamo behind Soft Watch, which was, roughly speaking, the Yellow Pages of weirdy tapes, zines and noisy buggers from all over the world. The comparison to Yellow Pages isn't arbitrary because the thing was A4 and about an inch thick, maybe thicker - alphabetically arranged entries on fucking everybody and all written by the man himself, then later supplemented with shorter updates every few months. I drew the cover for the main edition so vaguely knew the guy and spoke to him on the phone on one occasion. I seem to recall that he said he worked a night shift in some hospital and actually spent some of that time sneakily printing off and collating Soft Watch. I was impressed, and yeah - I know there was CLEM and a few other things, but this one was made in Nuneaton, which is quite near where I'm from, and I'm not talking about a tape recorded by the dude who wrote frigging CLEM, mkay?

Ordinarily I might have raised eyebrows and muttered something about people who can't get anyone to listen to their stupid tapes and so start doing fanzines by which they can mention them in passing like it ain't no thing, and mainly because it's exactly the sort of thing I did and continue to do (buy my book, by the way) and it always felt a bit devious; but, Anthony gets special dispensation on the grounds that Soft Watch was such a mammoth and impressive undertaking, and that actually his music is pretty decent, as you will hear.

This was his first tape, I think. I'm not sure what he recorded it on, but the quality suggests a reasonably fancy four track, with influences maybe somewhere between (hazarding a guess) Muslimgauze, early SPK, possibly Severed Heads before they went all Howard Jones; and it's good stuff too.


Return to Index
Posted by Lawrence Burton at 14:38 No comments: 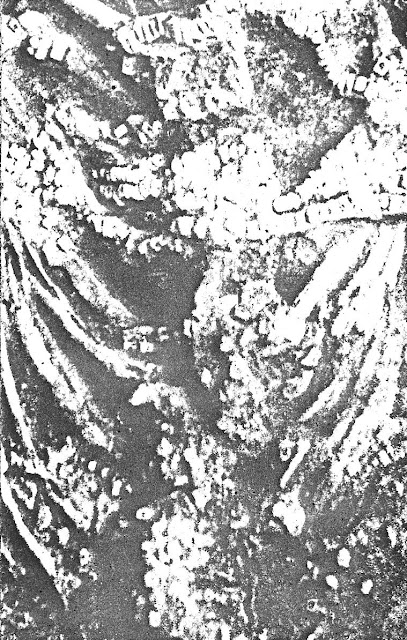 This was AOT's first tape, possibly nothing life changing, but not half bad for something you've probably never heard of. AOT were Saul Pol Koatep and Jude Wilton Keel, as I already explained during the course of previous blog entries which can be found by referring to the index as is linked at the foot of this one. Saul eventually went on to run the Hypnagogia label. Complete Sensory Deprivation, which takes up side two of the tape, comprises excerpts from a presumably longer live performance of the same name, and I've tightened the edits up a little so as to avoid twenty second silences between excerpts. Otherwise, I can't think of a whole lot to say about AOT which I haven't already said. I had a look through the letters I still have from them (because I keep more or less everything) but there isn't really much I can recycle in terms of handily anecdotal material about this particular tape, or indeed about anything actually based in reality. 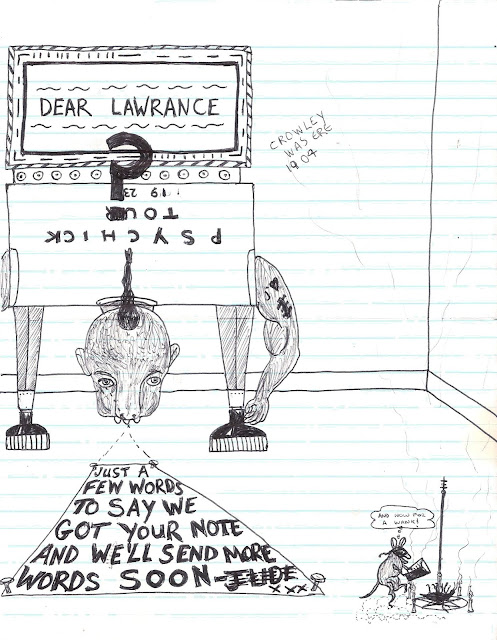 See what I mean? One day I'll reprint all of their letters in a deluxe collectors' edition and it'll make Codex Seraphinianus look like Katie Price's Perfect Ponies. In the meantime, download the tape, open the windows, turn it up, and scare the crap out of the neighbours.


Return to Index
Posted by Lawrence Burton at 13:46 4 comments:

Email ThisBlogThis!Share to TwitterShare to FacebookShare to Pinterest
Labels: Adventures of Twizzle 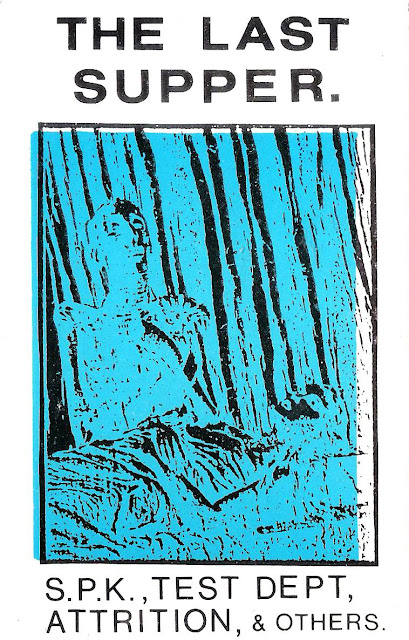 The Last Supper was probably the better known of the compilations released by Adventures in Reality, released roughly around the time of Third Mind's Red Sand - probably eclipsed by Red Sand to some extent, which is a shame as I'd say it's a tighter compilation with a slightly higher quota of surprises. I think it originally came with issue L of Adventures in Reality, but mine is a presumably later edition, so I didn't get the mag, so if you want scans I'm afraid you'll just have to keep looking. I'm sure they're out there. I've already seen other virtual versions of The Last Supper out there, although the one I downloaded was in mono with each side of the tape digitised as a single track, so this is digitised from my own copy of the tape, with which I've made a bit of fucking effort, know what I mean?

No-one contributing to this tape should really require much introduction, possibly excepting Gorilla Aktiv (of whom I'd never heard at the time but are wonderful and sounded a lot like DAF) and Tex Mirror H (who eventually gave birth to In the Nursery). Otherwise, Alan probably already said it all here. Apparently there's a chance The Last Supper may be getting a CD reissue, at which point this post will disappear for obvious reasons, so enjoy it while you can.

Finally, there's a split second of the Test Department track cutting out on my copy, which sounds like a fault with the copying, maybe a loose connection or something. I've cut and pasted in an effort to repair it, which probably isn't perfect; so if you're tapping your toe to Forward and suddenly feel like you missed a beat, that would be my doing, but I still say it sounds better than a crackle and a moment of silence.

Return to Index
Posted by Lawrence Burton at 12:53 1 comment: 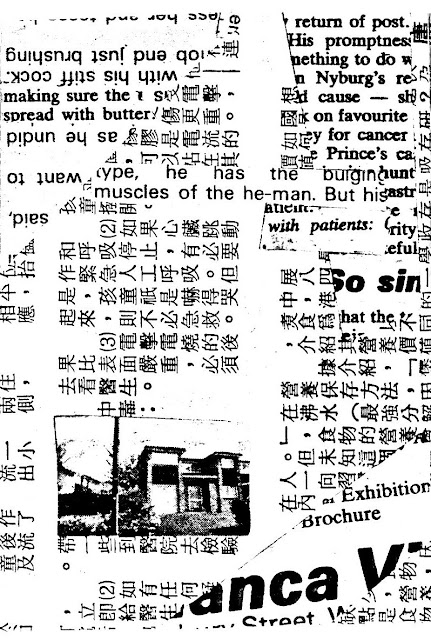 Here's some more ESP Kinetic, once the vehicle of Neil Campbell and Andrew Watson, as you will already know if you downloaded the first one I posted, or if you were actually there. This one sounds a bit more confident to me and, with hindsight, sort of like a cross between Sea of Bliss era Nocturnal Emissions and the Virgin Prunes - which I vaguely recall as being quite refreshing because no-one else putting out tapes really sounded like this at the time, at least in terms of the emphasis on vocals, theatrics, and narrative - assuming that's what I mean.
I had a couple of zines done by these chaps, and notably one which interviewed the Cravats - which impressed me as I've always thought the Shend and co. were very much underappreciated in the weirdy music community. I would have scanned them and included them in the download but for having flogged them on eBay a couple of years ago. Oh well.
You live and learn.
Oh - there's a bonus track. I was sufficiently curious about A Nice Snog, the obligatory backwards song, to wonder what it sounded like forwards, in case there was any amusing hidden lyrics about boys' bottoms or whatever (there aren't). Anyway, I reversed it and the extra-special exclusive rare bonus jackpot bonanaza freebie forwards version is included in the download. Merry Christmas.

Download the fourteen tracks and cover by clicking on this link.

Return to Index
Posted by Lawrence Burton at 13:54 No comments: