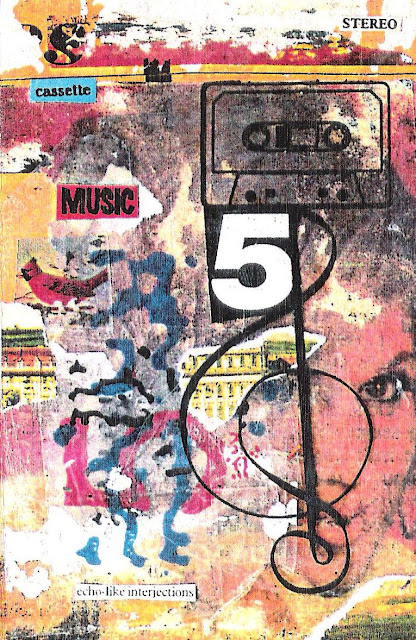 Here's the last of my compilations from Dave Hopwood's excellent Personal Soundtracks label - not sure if it's the best of the bunch but it's probably a contender. As for the individual tracks - was never entirely convinced by Brume, although I can no longer even remember why, but this one is excellent and seems to foreshadow a lot of that glitchy laptop stuff by a good couple of years; and talking of foreshadowing, Cacophony '33' were apparently recording vapourwave roughly two decades before anyone else - vapourwave here distinguished as the sort of repurposing done so well by Blank Banshee and others, as distinct from, you know, Africa by Toto and other stuff from which it borrows. I never got around to nabbing any Cacophony '33' material at the time, and I should have done because they had some great stuff on a couple of other compilations too; Ice Pedestal is presumably factor X again, collaborating with - at a guess - maybe Tom Cox, but I could be wrong; Westland seems to be Parisian noise dude Franck Canorel; Konstruktivists are Konstruktivists, obviously; and Cathedra was Mark who published Impulse and ended up in Konstruktivists, possibly as the longest serving member aside from Glenn himself; Ozone Bandits was Dave Hopwood, and I'm not sure about the rest - apart from factor X, whom I'm sure you will have heard about, and M. Nomized whom you will definitely have heard about unless you've only recently emerged from thirty or forty years spent living in the Amazon basin. Chris Brett's track is also particularly fine and worth singling out as such while I'm here.

Return to Index
Posted by Lawrence Burton at 13:01 No comments: