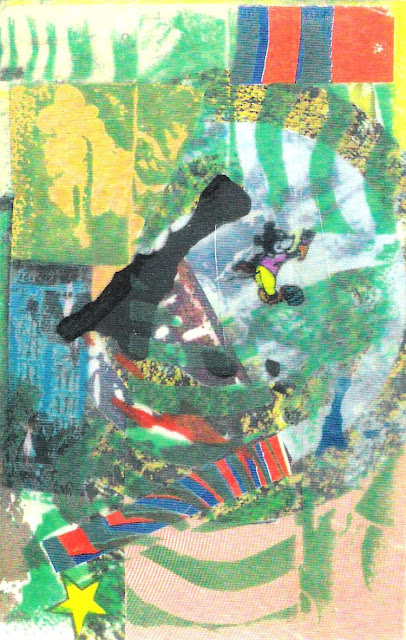 This is the fourth in the series from Personal Soundtracks, hence the numerical component of the title, and one which initially seemed underwhelming compared to previous volumes; but it gets its hooks into you with just a couple of plays, and it should be noted that nobody could ever have accused Personal Soundtracks of being predictable.
Typically, my knowledge is patchy where these folks are concerned, but for what it's worth: fairly sure Dave, the man behind the Personal Soundtracks label, was drummer for the Pranksters, and if I'm getting my wires crossed I'll just have to edit this later, but never mind; I'm not sure what Costes is, but he's been at it for a while and some regard him as a genius. He once sent me a letter which included a photocopy of a nude picture of himself with an erection as apparent illustration to some lyrics which, as I recall, went see the sad boy with the hard cock, don't be sad, boy - you can come in my bum. I didn't write back because I was scared, quite frankly; apparently there's a Vietnamese TV repair guy living in Ho Chi Minh who hasn't heard of factor X, but word on the street is that he's the last one. I'll believe it when and if I ever meet him; and NKVD is of course Glenn of Konstruktivists heard here in his lesser known role of beloved early evening entertainer; Vinci and the Conspiracy appeared on previous volumes of this series but I'm still none the wiser.


Return to Index
Posted by Lawrence Burton at 11:23