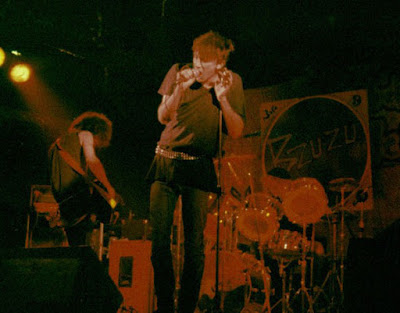 I don't know anything about this lot. Larry Peterson sent me their demo when I was putting the first Do Easy compilation tape together. I really liked The Prison so I included it on the tape, assuming they would eventually get around to replying to my letters, which they didn't. Little did I realise that the track, presumably the same track, had already appeared on a compilation album called Sing As We Go, released the year before. Subsequent research has unearthed the fact of their having turned into something called Bzu-zu and contributed to a record called Pulsebeat, as described by this bloke. The above picture is actually of Bzu-zu taken from Discogs, which is all I could find.

There was originally a photocopied cover to the tape with the band name - which was definitely hyphenated - spelled out in old English script, and The Prison was titled as I've given it here, not as given on Sing As We Go, for what it may be worth; but it's now lost, I'm afraid. What information I managed to save is that the first three tracks were live at the Clarendon, Hammersmith on 8th of November, 1982; and The Prison was recorded at Golddust Studios, Sidcup on the 6th and 10th of November, 1982, and engineered by Mark of some band called Legend...

Okay. I've just looked up Golddust Studios and it's the place I used to go to get all my War Drum tapes duplicated around the end of the nineties, and I remember the aforementioned Mark fairly well as he was a good laugh and his rates were very reasonable. What a small fucking world it is. Jesus.

Anyway, I need to have a bit of a sit down, so I'll leave you with His-Create-He who failed to set the world on fire but nevertheless managed a decent demo tape, and were patently of the era of Conflict, New Model Army, the Danse Society and the like.

Just this week I was listening to an old Princess Superstar CD when I realised that the music on one track had been done by a bloke to whom I used to deliver mail when I was a postman in SE London - in fact, I used to deliver his mail using the same Royal Mail bike on which I regularly cycled over to Bromley to get my tapes copied by the bloke who produced the track I used on a compilation tape back in the eighties. It's all connected.

What a week it has been.

Return to Index
Posted by Lawrence Burton at 11:59 No comments: 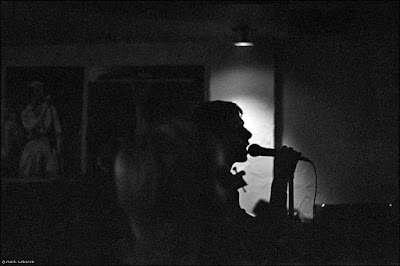 Return to Index
Posted by Lawrence Burton at 13:00 2 comments: 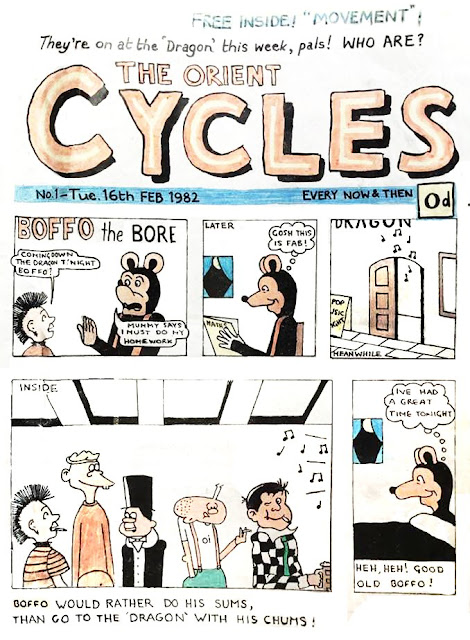 
Return to Index
Posted by Lawrence Burton at 13:17 No comments: 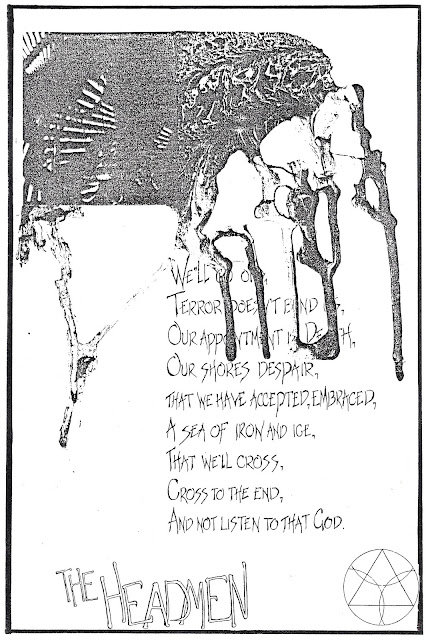 Return to Index
Posted by Lawrence Burton at 12:40 3 comments: 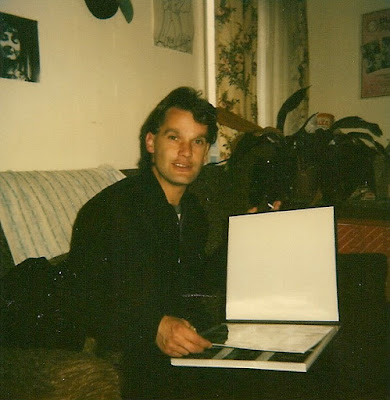 There was a time when I had a whole stack of tapes with just two or three tracks on them, these being things people had sent me, usually for inclusion on some compilation or other. Then at some point during the nineties, I filled up a few of these tapes (which were mostly blank excepting two or three tracks of the type described) with the two or three tracks from other mostly empty cassettes so as to have all of that stuff in one place, because I like things to be nice and tidy. This week, for the sake of a change of pace I've digitised a couple of the resulting C90s with the plan to release them back into the wild in their original form just as nature intended (except for these being downloads rather than physical tapes, obviously), so here we go...

This one was Glenn of Konstruktivists filling up one side of a C60 for tracks I might use on the first Do Easy compilation, and I should probably also mention that I further milked the same Kow a couple of years later when it came to putting together this one. Anyway, as the tape Glenn sent me was one which I filled with other people's stuff on side two, this was my master and is hence probably marginally better quality than is the same material as it appeared on the Do Easy tapes. I've a feeling I may also have nicked one of the bass patterns for Dada X, while we're here.

Glenn sent this just before Black December, the third Konstruktivists album, was issued by Third Mind and you may recognise a couple of the Eastern Vein demos as formative versions of material which turned up on that album - I can't be arsed to check which ones, and I've a feeling that the other two may therefore be tracks which were never expanded upon. I vaguely remember Glenn telling me that at the time of recording this material, he usually worked on his music at home on a four-track portastudio, then transferred the portastudio tapes to eight or possibly sixteen track at IPS and pumped them up into the versions we've heard on the records. I've also included a scan of the letter Glenn wrote when he sent me this tape in the download in case it's of any interest.


Download the tape, cover and intimate personal correspondence by clicking on this link.


Return to Index
Posted by Lawrence Burton at 13:08 2 comments: