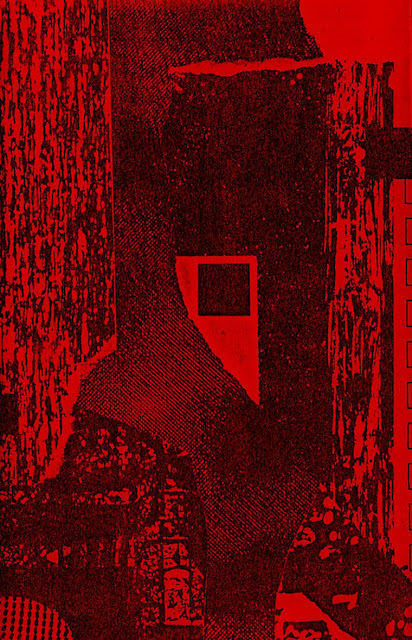 I don't really know much about this one. At some point when Glenn Wallis was living in Meadowbank Road in Chatham, I popped around to see him (circumstances suggesting that it was probably about 1987) and he gave me a Sainsbury's carrier bag full of cassettes, things which people had sent him in the mail and so on. Some of the tapes were shite, but some were pretty good, and this was one of the more interesting things - a C60 compilation from Norway, and artists I'd never heard of aside from Glenn himself and Martin Howard Naylor, whom I seem to recall having made a fairly decent showing on some other cassette compilation. The cassette has a page on Discogs, although it's not wildly illuminating. The same label also put out tapes by Attrition and Paul Kelday, so I generally take that as a sign of their having been a good thing.

Anyway, this is one of the tapes I'm glad I kept (although to be fair there are very few tapes I ever slung) as it still sounds good now, and serves as a reminder of how exciting the tape scene once was, specifically that whole aspect of having no idea what you're going to hear when you press play (as distinct from being fairly sure you're going to hear something noisy with a man screaming about how he's going to steal women's knickers from your washing line, and you're going to be glad about it, for some reason).

Not sure about the Konstruktivists track. I've a feeling it may be from a gig at the King Charles Ballroom in Gillingham, but I could be wrong.

Download the eleven tracks and cover by clicking on this link.


Return to Index
Posted by Lawrence Burton at 11:50