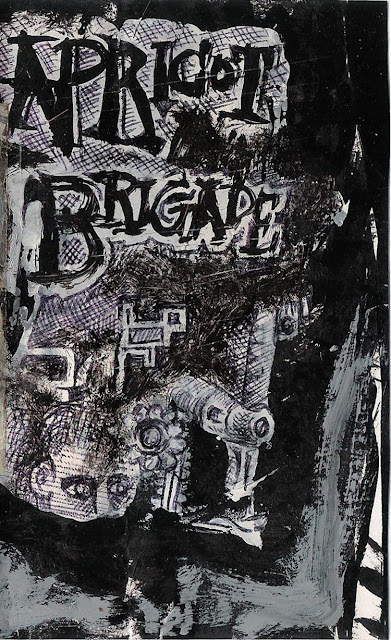 Apricot Brigade were Paul Mercer (guitar and vocals), Rajun Amin (guitar), Andrew Weatherall (bass), and Alun Jones on drums. They played live in and around the Medway towns and had a reasonable following. Alun Jones went on to play drums for the Dentists, to be replaced by me pressing the start button on a drum machine as the band changed its name to Envy, which is another story. I'm not sure quite what the creative dynamic was in Apricot Brigade, although a few of the songs were written by Paul, and as such exist somewhere in earlier form as the work of whichever name he was using for his solo material at the time - Killing Them, for example, was essentially a reworking of his own Tin Men. Paul gave me this tape either prior to my joining the band when they turned into Envy, or because I had asked for a copy of their demo or whatever. The rest of the tape was filled with material relating to his own solo work as No Fun KXK, three tracks recorded live at the Good Intent, and some instrumentals recorded as backing tracks for a live performance - also a truncated studio version of Tin Men.

So it's a cassette of odds and sods with Paul Mercer as the element common to all of the tracks. Personally I always thought he was an immense talent - although his greatest work (in my view) was probably the solo studio tape for which you have some of the backing tracks here - Not This Time and others - but I don't actually have that tape with me, so here's this one. In sticking this tape up for download I've broken my own personal code of at least asking people before I hand their shit out to strangers for free in so much as I've made no attempt to get in touch with Paul Mercer and ask him if this is okay, because he'd probably tell me to piss off on principal, so bollocks then. We fell out. I don't even know why. Apparently I think I'm cool, but I'm not, or something. Whatever.

Anyway, even with this in mind, this tape still sounds fucking amazing to me, and Jesus this line-up of Apricot Brigade were good!

Download the eighteen songs and cover by clicking on this link. 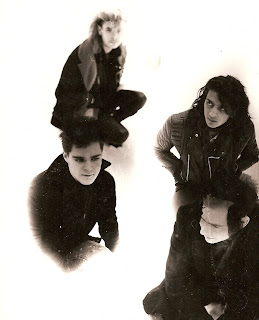 Posted by Lawrence Burton at 07:28