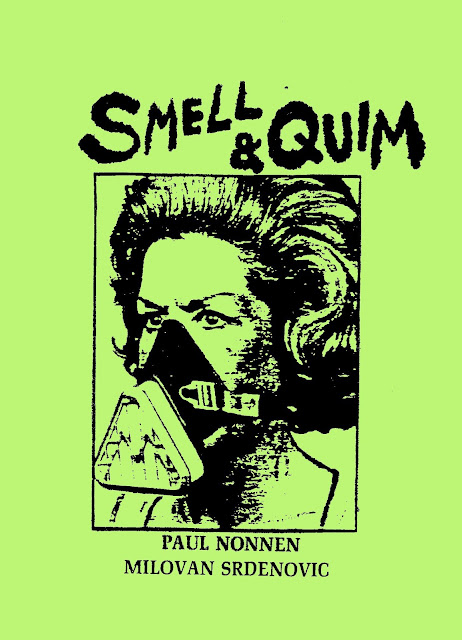 I wouldn't go so far as to say that the English Method changed my life, but it was definitely a revelation inspiring the question of why no-one had done it before. My own small corner of noisy DIY electronic shite had become unusually po-faced by about 1987, which is why I lost interest and took to reading X-Men comics. Popping my head back in to see if anyone was still around circa. 1991 or thereabouts, I realised that if I'd just hung on for another six months...

I appreciate that a lot of Nurse With Wound is essentially Rowan and Martin's Laugh-In, but the jokes worked better if you'd been to art college, where Smell & Quim were a bit more Max Miller. Andy Martin described them as the Chas & Dave of power electronics, and I'm not sure that's entirely fair, but as descriptions go I suppose it does a job. I don't personally regard them as a novelty act or a comedy troupe, because it seems retarded to make such a distinction purely on the grounds of something having a sense of humour, rather than being stood in a corner sucking its cheeks in and thinking about Baudelaire.

Just listen to the fucker, okay?

Return to Index
Posted by Lawrence Burton at 10:49