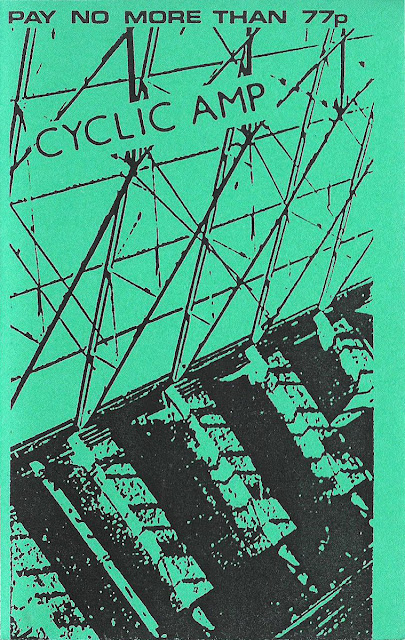 I had vague plans to digitise and share a whole shitload of tapes from the Pumf label, and then realised that actually most of them are still very much available and as such can be purchased here. Nevertheless, having studied the catalogue I noticed I had a couple of things which Stan was no longer selling (and by a couple I mean literally two things), so having consulted with the lad, here's one of them, shared on the condition that I stress that Stan doesn't actually endorse my giving this stuff away for free and is in no way responsible for my doing so (apart from having sold me the original tape a million years ago, I suppose).

Also, the labels came off the cassette due to whatever glue Stan used not being up to the job (it happened to me too), so for once I've been able to scan those, in case any venture capitalist twats want to fake a few copies and stick them on eBay for fifty quid as rarities - as happened with a Grey Wolves cassette, actually a one off tape Trev had compiled for me personally and which the bloke trying to sell it claimed he'd taped off the radio. Wanker.

I don't know much about Cyclic Amp beyond that they were from Liverpool and had a couple of records out through Probe Plus, and that they seemed to be part of that whole spikey thing which gave us Killing Joke, Southern Death Cult, and all that bunch. This tape was a mix of live and studio stuff, presumably demos, and it's jolly good.

Return to Index
Posted by Lawrence Burton at 08:01 No comments: 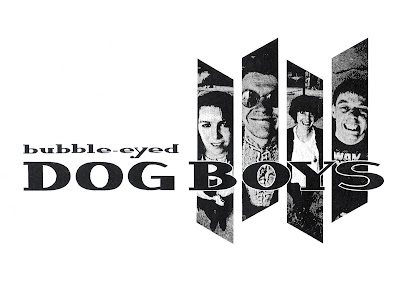 Back in 1990 I was cartoonist for The Lion Roars, the unofficial organ of Millwall FC fandom based in Catford, south-east London. I wasn't a huge fan of the magazine, despite drawing stuff they asked (and even paid) me to draw for them, but The Lion Roars was always redeemed by the contributions of one Reggie Spooner. His writing was always on point, funny, and he'd heard of the Photos - which scored big points with me. Also, unless I'm getting my wires crossed, he was friends with some bloke who managed a band, specifically this one, and they wanted someone to come up with a design for a T-shirt, so they asked me. I was supplied with a demo tape, a few bits of publicity material - press flyer, 8x10 glossies and so on - and I came up with the thing you can see above, hand lettered which is why the y looks a bit wonky.

They played at the Amersham Arms in New Cross around this time so I went to see them, and they were honestly fucking fantastic, so it was quite a pleasure to design something for a band I actually liked, plus I sort of fancied Anne, a bit. As you will hear if you download this stuff, they were a sort of er... powerpop thing, I suppose you would call it. They remind me of the similarly excellent and yet obscure Vivarama (formed by two ex-Cravats who weren't the Shend) who themselves were compared to Voice of the Beehive. I couldn't say for sure, not having knowingly heard anything by Voice of the Beehive (although I remember the name) but I gather you could probably say the same of the Bubble Eyed Dog Boys. I had the impression they were really going for the whole big time thing with record deals, promotionally speaking, but probably never quite got there, which is a shame, because I would have preferred this blasting out of the wireless to most of the stuff I did hear in 1990. I can't help think that Bubble Eyed Dog Boys was a terrible name, and maybe the road to international fame and fortune might have been easier to find with something a bit less comical. Never mind.

Actually, maybe it was because I mentioned liking the Photos to Reggie Spooner that he set me up with this lot, what with their being in roughly the same ballpark, musically speaking.

Anything else you might feel you need to know about the Bubble Eyed Dog Boys can probably be gleaned from the download. If the download sounds a bit funny, it's probably because you've ruined your ears with Macronympha and the like, and that strange thing with the different notes at different intervals is what is known as a tune.


Download the three tracks and all sorts of publicity material by clicking on this link.

Return to Index
Posted by Lawrence Burton at 12:58 No comments: 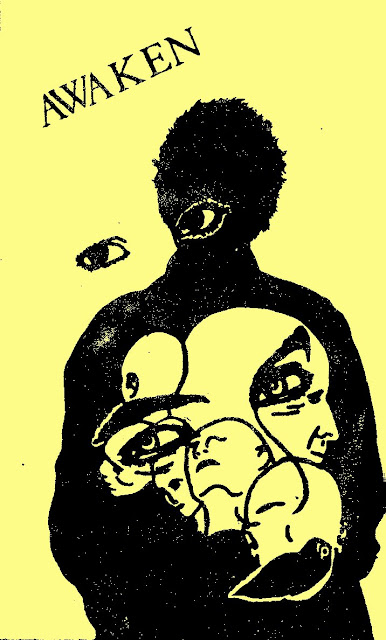 Larry Peterson gave me this, so far as I recall, and I don't really know anything about them beyond that which may be gleaned from the cover, which I'm sure you're quite capable of reading for yourself. This one was produced by Martin of Attrition, which makes sense as they sound like a mix of Attrition and the Cure to me, and when I say the Cure I mean Faith - so the good stuff and not any of that twee Tim Burton crap. Actually, Play Your Joker makes everything the Cure recorded which wasn't on Faith more or less redundant in my view. You may notice the name of the label being Art Decade. I used to have a fanzine of the same name dating from around the same time which looked like this: 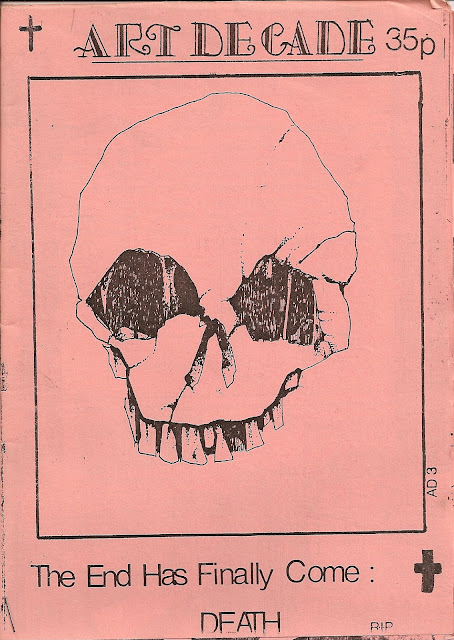 I assume this would have been the work of the same people but have no way of checking as I flogged the thing on eBay about ten years ago. Never mind. I have a feeling the aforementioned Martin of Attrition may have been interviewed therein. As you'll notice from the cover, they also had a C30 on Terminal Kaleidoscope, which I assume was the one which Alan Rider mentioned as having produced, but I don't think even he has a copy of that one.

Sorry. Don't know anything else.


Download the three tracks and cover by clicking on this link.

Return to Index
Posted by Lawrence Burton at 12:36 No comments:

Email ThisBlogThis!Share to TwitterShare to FacebookShare to Pinterest
Labels: A Shadow of Light, Attrition, Cure, Stress 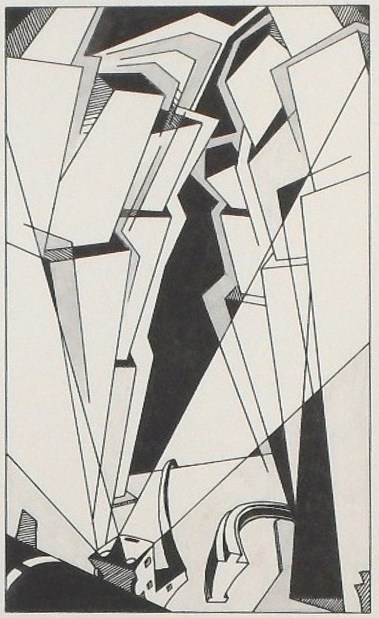 Well, I did say I was getting near the bottom of the jar, and it looks like that time has arrived. It's not like I don't have anything else to share, but I'm pretty sure you've now had all of the full tapes from my shelves, things which had covers and so on - at least excepting the few I'm keeping to myself for one reason or another. This leaves us with downloads achieved by excavation or reconstruction - three tracks I had on the end of someone else's tape and that sort of thing, bringing us to Basic Humour.

I don't know anything about them, and the internet isn't very helpful in this instance. They came to me thanks to Colin of Refill Tapes who released this, this and this, and they came to me with a letter dated to 5th of December, 1983 in which the aforementioned Colin lamented there not being much going on in Devizes, Wiltshire. However, one ray of localised sunshine, relatively speaking, was provided by:


...one commercial band, Basic Humour, who were near a record deal with CBS, but that has dragged on and on and on. They gig mostly around Bath and we follow them everywhere. We know them quite well now. We've included two tracks by them on the cassette, but don't release it. They will kill us if you do!


Anyway, when I came across these two tracks during recent excavations, copied onto the end of something or other, I recognised them immediately. I had no memory of the band and their name didn't seem even slightly familiar, but clearly I played these two a fair bit when they were first sent to me, so here they are again. Maybe, hopefully, somebody out there will remember this lot and what became of them.

The illustration, by the way, is something I drew in 1983 and is nothing to do with the band beyond that it would have felt weird posting this without some accompanying image.

If there's no post here next week, it's because I haven't found anything to share. There will be other things here from time to time so check back whenever, just no longer on a weekly schedule. It's okay - I found summink for next week.


Download the two tracks and nothing else by clicking on this link.

Return to Index
Posted by Lawrence Burton at 09:40 No comments: