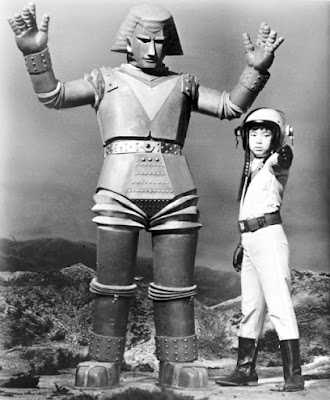 Carl on vocals, Chris on drums, and me on guitar; all at Hollytree House, Otham, Kent, Nothing Like A Dame through to Is That Why? were bashed out on Saturday the 5th of April, 1986, and the rest were on Saturday the 12th of the same month. I found the picture on the internet and it seemed to fit the music.

This is the two-hundredth Total Big rehearsal tape which I've digitised and posted here for free, so I only have another fifty or sixty to go. If you enjoyed the first two-hundred tapes you will almost certainly enjoy this one too; but if you didn't, then this probably won't be the one to change your mind. As is probably obvious by now, most of this is done for the sake of my own amusement. Last time I went back to my mother's house in the Land of Fred West and Benedict Cumberbatch and also some other people, but mainly those two guys, I filled a suitcase with every cassette from my mammoth collection to feature myself in some capacity, plus a few other faves such as the work of We Be Echo when I realised I had room. On returning to the Land of Johnny Cash and Andy Griffith I didst vow to digitise every single tape I had brought back from England, so unfortunately that means a lot of Total Big, because we recorded every single rehearsal. Sorry.

Actually, I'm not even remotely sorry. I'm listening to this one right now as I'm writing this and it's fucking great.

I only have another three Total Big cassettes left to digitise, although apparently Chris still has a few tapes of which I don't have copies; but never mind. I'll post that rare tape Lustmord did with the Rubettes next week.


Download all thirty-four amazing tracks by clicking on this link.


Return to Index
Posted by Lawrence Burton at 14:01 No comments:

Email ThisBlogThis!Share to TwitterShare to FacebookShare to Pinterest
Labels: Lustmord, Rubettes, Total Big, We Be Echo 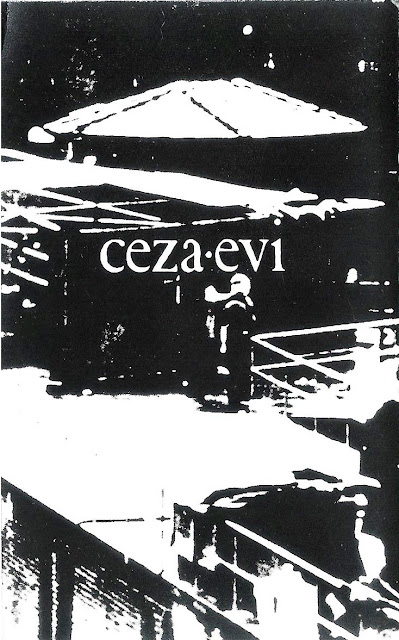 I wasn't going to do this one as a freebie download seeing as it's already available elsewhere - but then I digitised the thing anyway on the grounds that I'd rather digitise my own copy than download someone else's version, because I can at least control the quality and I make the effort to tidy up the beginning and end of each track, replacing hissy gaps with a standard two seconds of digital silence, and to get the titles right and so on - proper capitalisation and nothing showing up as A9 WE BE ECHO DIRTY HARRY INDUSTRIAL in my iTunes, and I've seen some freebie downloads where the bloke doesn't even bother to divvy up one side of a tape into individual tracks...

Anyway, fuck it, I thought - the more the merrier, I suppose, and Kevin didn't seem to mind when I asked him so here we are.

The incredible thing about Ceza Evi, at least so it seemed to me, was that it had been recorded on a home stereo system - employing a fine sense of judgement to produce something at least ten times more exciting than what most artists pulled off in a proper studio - and yet it felt like a real thing. It didn't feel like a demo, or someone pissing about with a tape recorder simply because they could. Ceza Evi is an album. Some of this was thanks to Kevin's artwork - he was a graphic designer on the side (and even today I still find myself doing things I picked up from studying his artwork when designing book covers or whatever) - but also because the music was just so well realised, weirdly dark little film soundtracks in miniature occupying a halfway point between Throbbing Gristle and Cabaret Voltaire without ever quite sounding like either.

Yup. This one's a classic.

More We Be Echo to be found elsewhere on this blog, and also here.

Return to Index
Posted by Lawrence Burton at 07:40 No comments:

Email ThisBlogThis!Share to TwitterShare to FacebookShare to Pinterest
Labels: Cabaret Voltaire, Opera For Infantry, Throbbing Gristle, Unkommuniti, We Be Echo

Here's another Dovers tape, and definitely one of the better ones. All of this stuff was recorded on various portastudios. The first eleven tracks were recorded at Carl's flat in Bermondsey over a long, hot weekend in the late eighties, as I've written on the inlay card. He Writes the Songs through to Do the Frug were apparently recorded at John Jasper's house in Chatham on his portastudio around the same time. The rest were recorded at Carl's flat from winter to spring 1991. The aforementioned inlay card was too boring to be scanned and is thus absent from the download. As I may have mentioned before, whilst these tracks transfer to my own iTunes in the right order, they'll probably download in alphabetical order for you, depending on what you use and how you listen to them, if you listen to them, so I'd advice rearranging them in the correct sequence shown below, not least because a couple of them segue into each other. I'm primarily digitising this shit for my own entertainment, so I'm not going to give them titles like A9 Work That Body! because it offends my pedantic sensibilities. If that's annoying, screw you because it's not like I'm charging anything, unlike Radiohead and Oasis, and what you get is about a million times better than Radiohead or Oasis, so great bolshy yarblockos to thee and thine.

Some of these tracks also appear on the album that never was. The versions on The World of the Dovers are probably mixed a little better, but there's probably not much in it. Carl, as pictured above, handled most of the vocal stylings and programming, and I played guitar and can usually be heard giggling in the background. I'm not sure about the photo, as I think that's Carl from when he was in a group called Churchill's Shoe, possibly, which was before we met.

Download tracks.
Burn to a plurality of CDRs.
Slap in car stereo and drive down to Camber Sands and eat ice creams on a hot day.
Job fucking done.
You're welcome.


Download the twenty-five tracks by clicking on this link.


Return to Index
Posted by Lawrence Burton at 07:46 No comments: