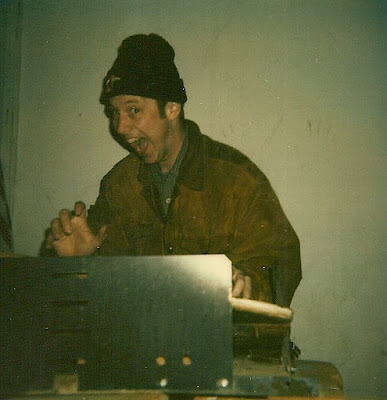 There were three people in the Dovers for a couple of years - myself living in Chatham with Carl and Alan living in Bermondsey. Alan was the other (admittedly more accomplished) guitarist. I understand that Carl and Alan had fairly frequent rehearsals, and I vaguely remember one wherein they renamed themselves U3 with Alan rebranding himself as the Corner to record Where the Streets Have Rude Names, amongst others. Carl and I would rehearse when he came down to Chatham, but all three of us were so rarely in the same room that I wasn't even sure there were any recordings of the Dovers as a trio; but there is and here they are, accompanied by my favourite picture of Alan - taken at the Camberwell Grove Tavern, 15th of May, 1993, in case anyone's counting. He was playing the barbecue pit as a piano whilst channelling Jimmy Durante. If you've been following this shit I'm sure you've seen more than enough of Carl and myself, and it really was an exceptional rendering of the Schnozzola.

Anyway, I left Chatham in 1989 and moved to Coventry, then moved back down south to Lewisham in 1990, having decided the move north had been a bit of a mistake. The Dovers hadn't really been a thing during that time, at least not with me as a member, so once Carl and I were back in the same part of the country we kind of picked up where we'd left off. Well, maybe not quite - gigs were harder to come by in London and Carl had bought a four-track portastudio, allowing us to record material of slightly more tuneful composition, or at least less like someone dropping concrete blocks on your foot. I think this was the first full tape of this material, mostly improvised live onto a couple of the four tracks, then tarted up with additional instrumentation.

A couple of these made it onto The World of the Dovers, which would have been the "album" had I got my arse into gear, although these are earlier mixes. 8-Ball 8-Ball Martin De Sey came about when Carl nicked the tiny notebook I always used to carry around in which I wrote addresses and telephone numbers, so what you hear is him working his way through from A to Z insulting everyone; so if you and I had any significant form of contact with each other during the eighties, Carl has probably insulted you by name in this song, but it probably wasn't anything personal unless you're Steve Coots. All of this stuff was recorded at Carl's flat in Maydew House, Bermondsey. The first ten tracks were just Carl and myself and date from early 1991, it says here. The remainder I have down as being from 1989-ish and all feature Alan on guitar with me playing keyboard, specifically a Casio SK1 novelty sampler. All of this stuff could probably have been mixed with a little more going on in the bass department, but I don't seem to be able to do anything with my editing software which you'd call an improvement, so please adjust your listening equipment accordingly.

Normally at this juncture I would apologise for the quality of the material, but not this time because it still sounds fucking great to me. 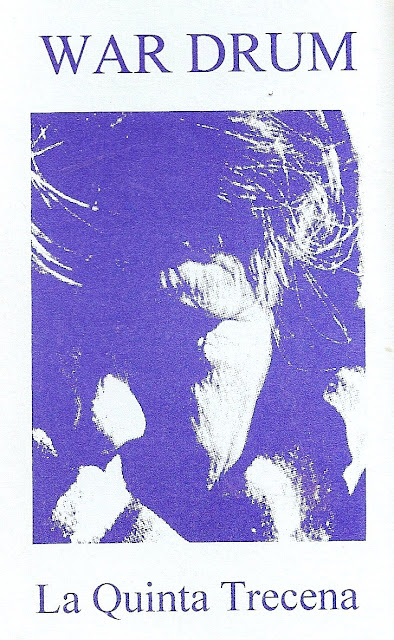 This was the last War Drum tape which got finished and was sold to people. There were a couple of other tapes after this - half a new album plus a film soundtrack - but nothing complete. I think by this point I'd more or less stopped listening to anything which wasn't rap, and it shows - for better or worse. With hindsight my efforts vaguely resembled those of enterprising 1980s rural English schools making a "rap video" to raise funds for their new swimming pool, as seen on local news programmes and usually featuring lines like Mr. Jones is taking class / He shouts, 'Hey Johnson - get off the grass!'. Still, I like to think I got better after this tape (recording as LDB) and fuck it - at least I was trying something rather than just sticking some Gregorian chant through a reverb and naming it after Aleister Crowley's dog.

The preoccupations here were mostly orientated towards the general direction of Nahuatl-speaking Mexico, excepting the occasional nod at Max Ernst, the first Godzilla film, and Psi-Force comic; and First Steps is another Severed Heads cover, obviously. Colhuacan was indeed recycled from the very first Do Easy tape, in the unlikely event of anyone noticing. As for anything else, explaining it would spoil the fun and I can't be arsed, or in some cases can't remember.

It's no Physical Grafitti, but nevertheless I was quite pleased with this one, and I  think it still sounds mostly decent.


Download the seventeen tracks, cover and lyric sheet by clicking on this link.

Return to Index
Posted by Lawrence Burton at 12:30 No comments: 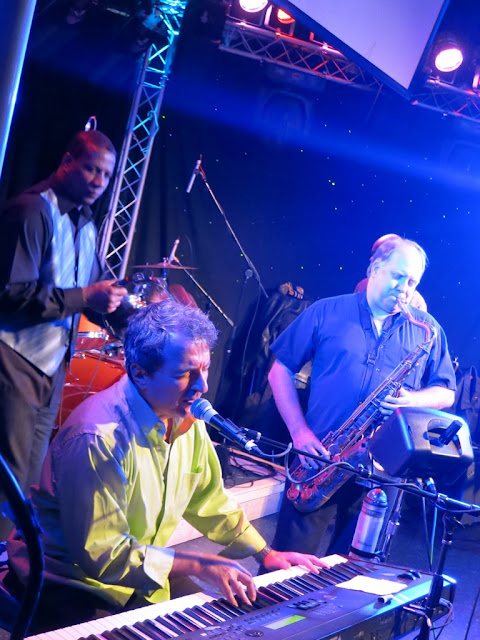 That isn't actually us in the picture, but a different group also known as the Soul Providers, seen here providing something which I expect may be more immediately recognisable as soul. The image came up in a Google image search whilst looking for something with which to illustrate this post in lieu of a sleeve, or even a picture of Ed, Steve and myself rocking out in my front room. I never thought to take photos and the cassette never had a sleeve, beyond a blank inlay card with dates written on it, because this was our last tape - as suggested by the canny title. We never actually filled the tape up, so it was never formally completed and I never made copies or did anything with it.

This final installment of the arbitrarily titled Shoulder Lion was recorded on the same day as Calli Yei as the final leg of the same session - 31st October, 1998. The Last Song was recorded on Thursday the 3rd of July, 1999, again in my front room in Dulwich. I have a vague feeling this recording may have been just Steve and myself due to Ed not showing up, which would possibly explain our improvising just the one twenty-minute track rather than the usual several hours worth of material. I seem to recall Ed having become a bit fed up with our efforts for reasons I didn't really follow, but then again it was two decades ago so who knows? Maybe this last track was all three of us jamming with Wink Martindale and Micky Most making tea in the kitchen. It was a long time ago.

Anyway, it still sounds decent to me.

As a word of warning, if you've been Googling those other Soul Providers (as pictured above) and somehow ended up here, there's a chance this might not quite be your sort of thing. Just saying.

Return to Index
Posted by Lawrence Burton at 09:36 No comments: 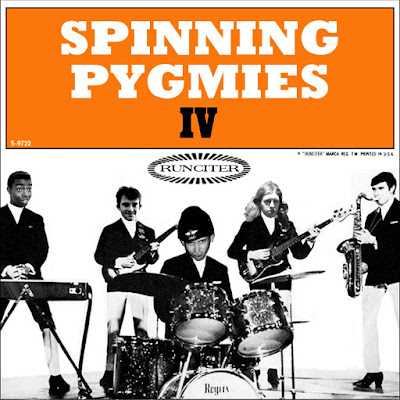 Spinning Mbilikimo walikuwa Carl na mimi mwenyewe kujaribu kuweka kwamba Jumla ya Big uchawi kwenda kufuatia kuondoka kwa Chris, and for youse thick fuckers who never made the effort to familiarise yourselves with Swahili, most of the relevant details may be gleaned by perusing previous postings of Spinning Pygmies material, as can be found by referring to the index, as linked at the foot of this blog entry.

The first five tracks represent a rehearsal at Hollytree House in Otham, some time during the summer of 1987 it says here - presumably the rehearsal which convinced us it wasn't working and would probably forever remain an unlistenable racket and therefore the final Spinning Pygmies rehearsal. Saxophone was played by Mark Smith, Carl sang, and I think Garreth and myself alternated on guitar and Casio SK1 keyboard. I probably haven't bothered listening to this thing since we recorded it, although three decades later it sounds a bit like Faust to me, or one of those bands. If it doesn't sound like Faust to you then that's your problem.

The rest was just me filling up the tape. The story behind the sixth track can probably be deduced by referring to this excerpt from my memoirs. It's not a great recording but if you wack the volume up and listen close you can probably just about hear some sounds of excitement and the phrase as my producer said to me... Tracks eleven and twelve were Carl and myself at my flat in Chatham during autumn 1987, which is where the rest of the tape was recorded, or at least filled up (and we had probably taken to calling ourselves the Dovers by that point). The last three tracks are myself and Martin de Sey, whom I knew from college but who had moved into the bedsit directly below mine. I can't even remember if he'd formally joined the band or just fancied a kick about, but anyway he'd been drafted in to play bass for us at a gig at the Sunset Strip, so this was presumably just the two of us working things out in advance. I know the singing sounds incongruously mild for the material, but neither Martin nor myself were gunna be on the mic on the night innit.

Return to Index
Posted by Lawrence Burton at 14:47 No comments: