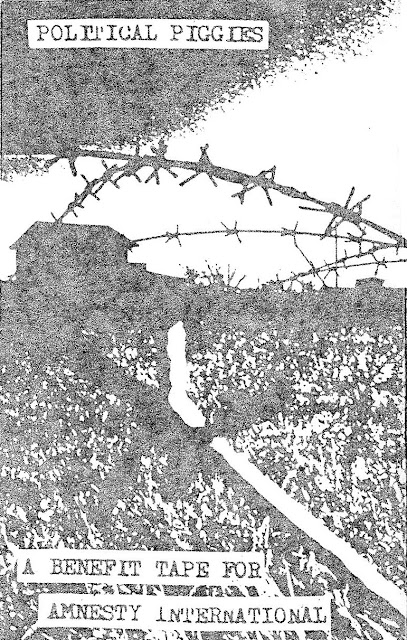 Return to Index
Posted by Lawrence Burton at 09:09 3 comments: 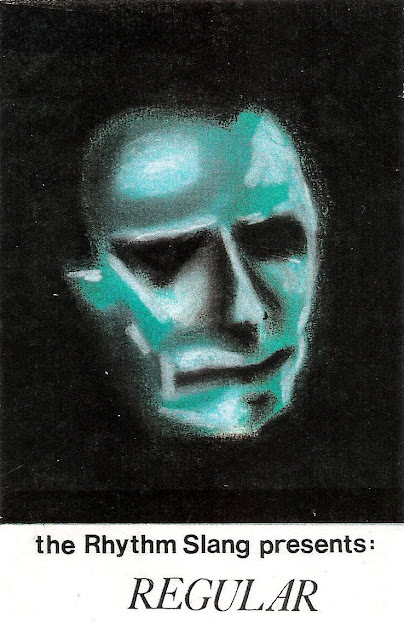 Regular was the work of John Jasper, the man behind the Joneses and with whom I worked on the Illyana Rasputin tape. I already wrote plenty about him on the blog entries for those two, so please feel free to have a quick look at them so as to avoid my having to repeat myself. I can wait.

John recorded a ton of this stuff, and due to the general indeterminacy of his character, it wasn't always easy to tell when he'd run me off a copy of his new shit, or whether he'd just nicked a few bits and pieces from obscure On-U label records and failed to mention that they weren't actually by him. Anyway, the point is that he was very prolific, and this was definitely all his own work, and presumably the stuff of which he was most proud judging by the fact that he went down to that place on Rochester High Street which had a colour photocopier, ran off a load of covers, and decided it was an album. As you can probably tell, he was significantly influenced by On-U, Sherwood, Tackhead, Scientist, all of those guys, and for my money he definitely brought something new to the table.

The credits found on the insert were mostly pulled out of John's head, although let's face it, we've all been there with our own imaginary bands. I'm not credited but that's my voice you can hear on A Voice in the East, and also my cheapo Casio sampler which lived around at John's house for about a year. Glenn Wallis of Konstruktivists lived just up the road from John around this time, and I definitely remember them attempting to record something together. The voice on Naked They Go does actually sound a little like Glenn doing one of his characters, but I suspect it's something John took off the radio or another record. Janine, John's girlfriend of the time, can be clearly heard vocalising on Punjabi, but beyond that I've no idea where to draw the line between fantasy and reality. I'm not sure why Regular either - knowing John it was probably some esoteric nod to Reg Varney.

John was the most violently unreliable man on earth, but also a lovely guy and very funny, and I still sort of miss him. More than anything I wish he'd spread a few more of these tapes around, or that someone had chucked a load of money at him and forced him to put out a record; but never mind.


Download the sixteen tracks, cover and insert by clicking on this link.

Return to Index
Posted by Lawrence Burton at 11:21 No comments: 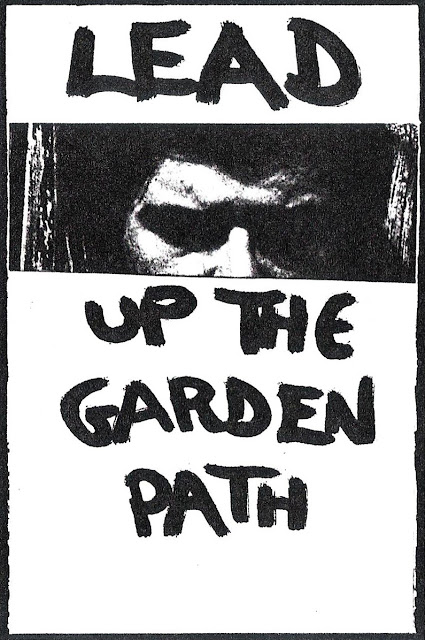 Unlikely Records - whom I suppose might be best remembered for an early release of those Milovan Srdenovic numbers which were eventually reissued as Songs from West of the Pelvic Girdle - sent out a request for material. Put your best stuff on a C50, suggested Robert Cox - I think his name was - and if I like it we'll release it on Unlikely Records. I put together a Do Easy tape, which was rejected for obvious reasons, but I also mentioned the proposal to Steve Coots, with whom I shared a house. Like myself, Steve was on the Time Based Media course at Maidstone College of Art. To be honest, he could be fucking hard work at times, but he was often funny and I really liked the music which he recorded in the college sound studio under the name Lead Shoes.
Unfortunately, Unlikely Records didn't seem to like Lead Shoes any more than they had liked Do Easy, so I offered to put the thing out on my own label. Lead Up the Garden Path, was Steve's best of tape. There's a potted history of the band on the cover, included with the download, which I can't be arsed to type out here, but for what it's worth I recall Eat Your Peas as being fucking great, and I really wish I'd kept a copy, or that Steve had included it here, but never mind. Steve was into a lot of music which I couldn't stand and still can't - Pink Floyd and Genesis, but also Philip Glass, Michael Nyman and those guys, the influences of which you can probably hear on this collection. Neither the Cockney Rejects nor Sham 69 had established much of a presence in his record collection. I'm not even sure he owned a copy of Machine Gun Etiquette. Mental.
Lead Shoes were named after a pseudo-surrealist film by Sidney Peterson which Steve loved, although I wasn't that impressed when I saw it as part of our film course. Steve later ended up in a somewhat laboured wacky folk band with Charles Thompson called Heads on Springs. They were a sort of trying too hard hey kids, poetry isn't just for squares type operation which I prefer not to remember in detail, just as I prefer not to remember sharing a house with Steve in detail, but even with such unpleasantries in mind, it has to be said that the guy recorded some fucking great music. It also has to be said that Steve McGarrigle's wonderful trumpet playing on a few of these tracks didn't hurt.
This tape makes use of Brian Eno's old EMS synthesiser and the poorly quantified involvement of someone from And the Native Hipsters. There were two covers because the first one didn't photocopy very well, featuring a photograph of the head of a tailor's dummy called Norman. Steve had Norman placed at an upper floor window of an earlier house in which he'd lived so as to cause innocent passers by to shit themselves when they caught sight of him.

Download the twelve tracks and two covers by clicking on this link.


Return to Index
Posted by Lawrence Burton at 11:22 No comments: