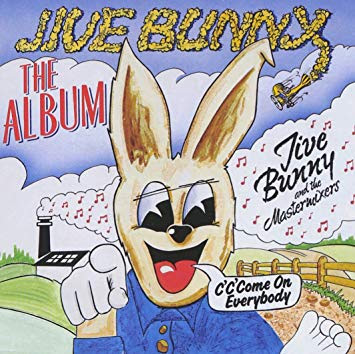 Here's another DJ set put together by my friend Paul, then working as Blackcurrant 93 and raising the roof on a regular basis from what I recall. As with Fiery Bliss, it's something in the general direction of trance techno with a certain je ne sais quoi of acid, and I have no idea which records or even how many went into this particular blend - except The Odyssey by Odyssey 2000 (Exist Dance label, 1992) which is such a fucking cracker that I went out and bought one (or more likely Paul had a spare). It kicks in at around 12.50 and will be recognisable by samples of Cylons from Battlestar Galactica saying by your command; and it's a serious fuckin' tune, mate.

Also, the track which ends this set appears about halfway through Fiery Bliss, but other than that - no idea. As before I've taken the liberty of sewing the end of side one onto the beginning of side two using special computer magic, so hopefully the join is of sufficient seamlessness as to allow the listener to keep his or her buzz going if using this tape as an accompaniment to smoking ecstacy cigarettes and having it large.

Sorry about the Jive Bunny cover. I'm a child, I know.


Return to Index
Posted by Lawrence Burton at 10:53 No comments: 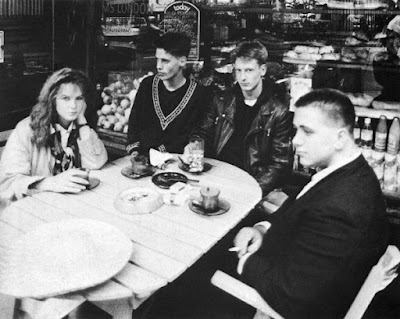 So here's the last volume of Real Time which I haven't already posted, and you'll find the others by looking in the index as linked at the foot of this post. This volume takes the opposite route to the one I posted last week (at least I think it was the one I posted last week) by showcasing a lot of short, snappy stuff, so I assume Robert was following certain themes when he compiled each volume - and whilst I remember, a preposterously belated thanks to Mr. Cox: only since digitising, editing, and sharing these have I realised that all seven volumes appeared within the space of less than a single year, which must have been one hell of a lot of work.

Having been busy this week, I haven't had so much time in which to listen to this one, so have failed to form the usual opinions regarding content, but stand outs seem to be (at least for me) Born BC, A Primary Industry, and Trekellion Skyway. By the way, on the subject of Trekellion Skyway, Black Brook, as listed on the cover, was actually on volume five, so I assume Robert may have been getting a bit overworked by this point (and it's actually probably my single favourite track from the entire Real Time series, for whatever that may be worth).

Don't really know nuffink about none of these, although a few of them had material on previous volumes, and Brian Aspro was apparently a member of idid idid who were on Real Time 4 and about whom I'm sure I had something or other to say; Asylum Penguins are actually Robert I. Gillham who was on a couple of Cause for Concern compilations (again see index); I've added an additional exclamation mark to the name of Look! Mother! because it seemed wrong without one; I assumed Born BC were famous because I've heard of them, but apparently not, so I probably just happened to read the single fanzine they were in or something; A Primary Industry (pictured above) were definitely sort of famous and were on some Third Mind compilation album at some point. I seem to remember Peel playing them a lot but I could be mistaken; everyone knows who Bourbonese Qualk are; and I still don't know a chuffing thing about Trekellion Skyway, which is annoying as the geezer was clearly a talent.

Why would anyone call their band Rags Woggle?


Download the thirty-two tracks and cover by licking on this clink.

Return to Index
Posted by Lawrence Burton at 13:32 4 comments: 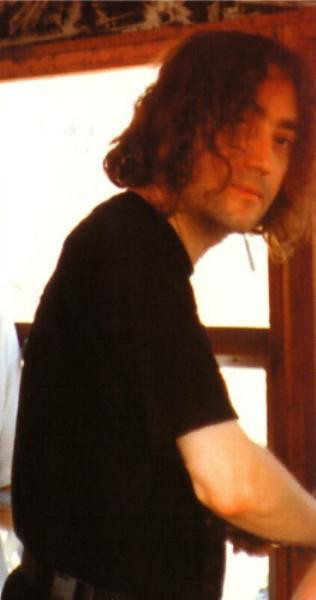 
Return to Index
Posted by Lawrence Burton at 13:04 2 comments: 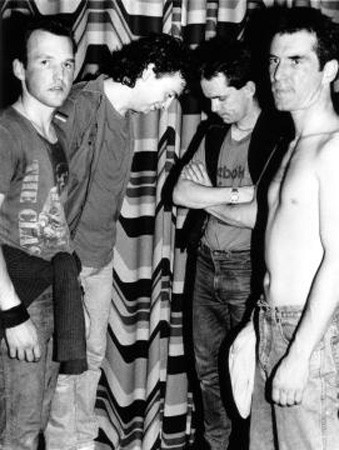 Here's the third one, and possibly the best so far (ignoring that I posted volumes five and seven some time ago) by my estimation - hard to believe it was compiled by means presumably similar to throwing bricks from the top of a double decker bus travelling down a busy high street and expecting them to brain only persons with some degree of talent; unless Mr. Cox rejected anyone's contribution as being too crap, although I'm fairly sure I recall him stating that everyone who sent something for Real Time was represented in one way or another.

As usual, a few of these will have to speak for themselves, besides which, if you're reading this then you too have internet access and are just as able to research a few of these names as I am. Both Oi Polloi and Anhrefrn (pictured above) should be sufficiently famous for you to have heard of them, I would have thought, although being as this tape dates from 1982, this stuff actually came out almost a decade before I'd heard of either. I vaguely recall getting a letter from the Infamous Zeek & Giz back when I was running a tape label, but I was a bit put off by 1) the Infamous prefix, given that I'd never heard of them, 2) frequent reference to what they termed comedy tapes, and 3) the proposition that I might like to engage in swapsies - it all felt a bit too much like you don't have to be mad to work here, BUT IT HELPS! Thankfully though, their music is decent, and I probably would have enjoyed it back then were it not for the reservations already given; and idid idid apparently once had a split tape with New 7th Music on a label called Rock Against Elvis Costello, which is amusing.

I don't know nuffink else. Favourites artists here - Trendy Turtles and the Invisible Band, but it's all pretty good.


Download the twenty-five tracks and cover by clicking on this link.


Return to Index
Posted by Lawrence Burton at 12:20 No comments: