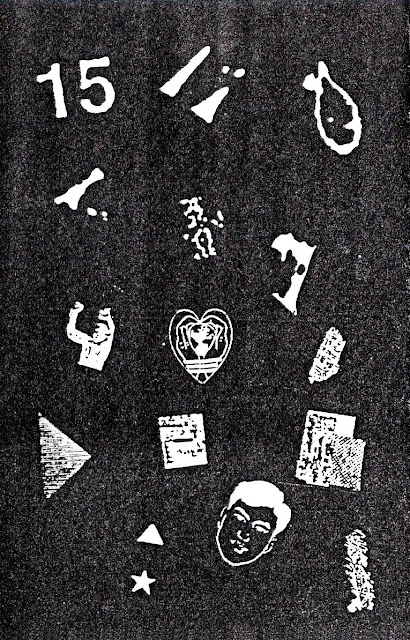 My perception of the tape scene as was is that it pretty much went tits up in the mid-nineties. A few people struggled on, but we all knew it was over, supplanted by stuff recorded direct onto hard drives and distributed on CDR - a medium conducive to superior quality but which was never anything like so durable and had none of the charm. Of course more recently we have certain berks going back to tapes as some kind of artisanal statement for the same reason you'll occasionally get steampunk wankers issuing their most indubitably delightful examples of musical charivari on wax fucking cylinder, but let's be honest - it's over, upsetting though that certainly is, and you can never go home.

Dave Hopwood's Personal Soundtracks label has therefore come to represent - at least in my mind - one of the last great flourishes of the cassette, someone finally getting it right just before the lights went out, so to speak. There may have been others more deserving of such accolades, but I never heard them, so that's why I'm writing about this tape rather than them. Personal Soundtracks released five of these Cassette Music compilations (at least I'm not aware of there having been a volume six), and the music was always good, or worth hearing at the very least; the covers, as designed by Shaun of factor X, were decent; and it really felt as though some care and attention to detail went into these things - an entertaining sixty minutes worth as Scott McCrae wrote in his review in Music from the Empty Quarter #9. There was a similarly positive write up in Impulse #5, and I was going to reproduce both reviews here, but I've just had a quick look and aside from the thumbs up, they just tell you what's on the tape, so I can't be arsed.

If you've been following this blog, you should be familiar with a few of these names - Operation Mind Control, factor X, Chemical Plant, and Symboliks at least; Patternclear was Phil from Stress, the Stick Insects and others; Antonym was Mr. Burnham who edited Soft Watch - and I have a couple of his tapes to digitise at some point; Venus Fly Trap were, so I believe, Alex Novak, later of Attrition, and others - a familiar name, usually as the token rock band on tapes full of people reading poems over the sound of refrigerator hum, but it was always a pleasure to see their name on whatever had just fallen through the letter box; I believe Mr. Hopwood himself played the skins for Pranksters at some stage, and I'm not sure about any of the others - except the Chemical Plant track makes me wish I'd picked up more of their werks at the time.

Return to Index
Posted by Lawrence Burton at 14:36