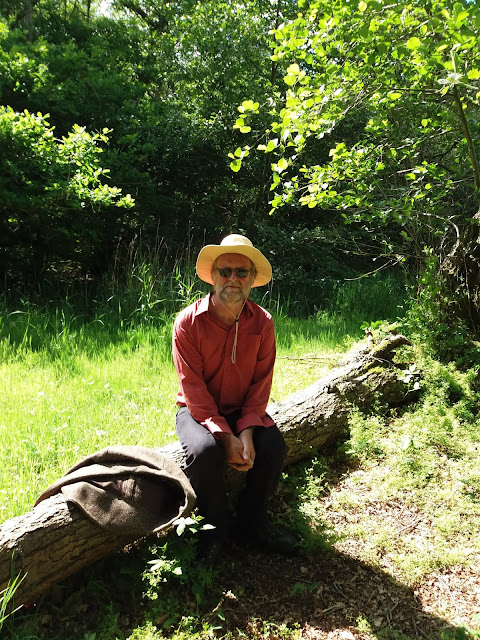 The cover of this one isn't much to look at. It was released by Unlikely Records in 1983, which was the organ of the above Robert Cox of Rimarimba, amongst others.

I seem to recall Real Time as a fairly regular series of compilation cassettes, and that Robert had a policy of including something by every hopeful who sent him material (although I could be wrong about that - it was a long time ago), which is why a few of these artists were a bit Alan Partridge, I suppose. Then again, musical history seems to have conveniently forgotten all those stonewashed jeans bands you used to see playing in regional pubs at Sunday lunchtime, usually with a cover of something by the Police in their set, and I suppose they deserve to be remembered as much as anyone.

Aside from the cod reggae, there's actually only really one band I disliked on here - MWAB who just sound a bit of a mess to me; but otherwise it's a surprisingly decent collection, plenty of variety and a few surprises. You may have come across UV Pøp, I'm Dead, and Sirius B - whom I'm sure I recall being the next big thing for a couple of days, at least according to Dave Henderson; you may even recall Len Liggins from this tape; and you'll possibly recognise the Attrition track from their Third Mind cassette. My personal faves would be by the Insane Picnic and the exceedingly proggy Trekellion Skyway, but not even Discogs seem to know anything about them, which is a shame.

Download the twenty-six tracks and cover by clicking on this link.

Return to Index
Posted by Lawrence Burton at 11:39