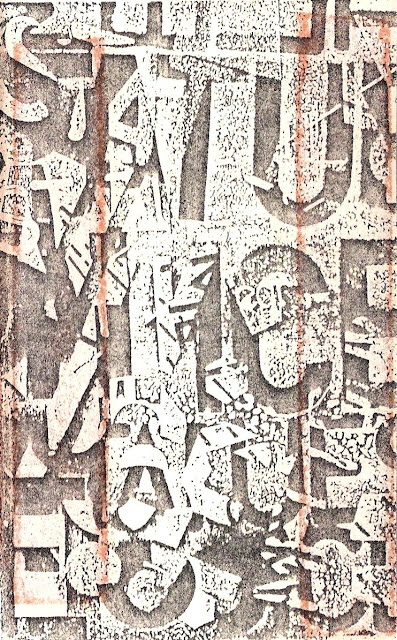 Can't even find this one on Discogs, so 1992 is a guess. I expect I still have the letter from Mr. Burnham reading Dear Loz, here is my tape of rare stuff but I can't be arsed to look to check the date. Also, he probably wouldn't have described it as rare stuff, because that's more like the sort of dumb shit I used to do: well, I've sold five copies of that last tape so now its time to issue a cassette of my rare recordings... Anthony had more sense than that, so this is a tape of leftovers, or something in that general direction, which admittedly may not sound too promising, but there's some nice stuff here. It may, if you're about the same age as I am, initially remind you of the straight and curly animation sequences they used to have on Rainbow - Bungle not Blackmore - but stick with it as it gets its hooks into you.
It was a bit difficult to tell quite where a couple of these tracks ended and others began, particularly with Warp I and Woven Glass, but hopefully I got it right.


Download the fourteen tracks plus cover by clicking on this link.


Return to Index
Posted by Lawrence Burton at 10:45

Email ThisBlogThis!Share to TwitterShare to FacebookShare to Pinterest
Labels: Antonym