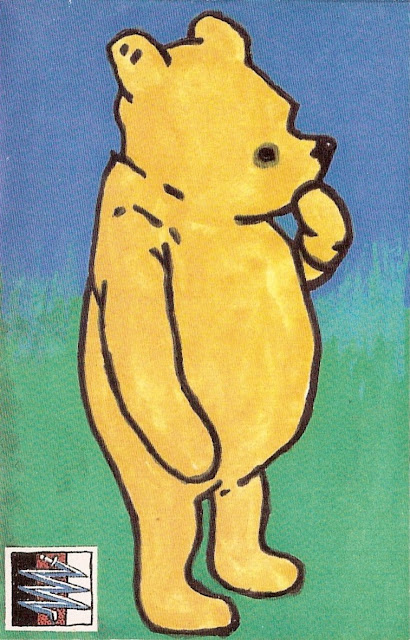 Here's another Academy 23 tape unsullied by either my surprisingly quiet guitar or anyone simply exploring controversial ideas and imagery, and probably the best one by some way thanks to having a few tunes on there, and some actual corkers such as The Stranger and Beat of the Blood (both written by Dave I think - probably says in the booklet but I can't be arsed to check). The Pink Floyd style psychedelic flanging effect you will hear on the first couple of tracks, then again later on in the tape at one point, is due to the tape cassette getting mangled in the machine, except I think it was whichever tape this was copied from rather than my copy as mine looks fine; so sorry, but that's the best I can do. If it's a problem, please consider that persons of Afro-Carribean origin are presently being shipped "back" to Jamaica despite not having lived there since they were three months old by the shitty British government, so your whining about the quality of something you got for free is really neither here nor there in the great scheme of things.

Actually, I'm not even convinced the first four or five tracks are even by Academy 23 because they sound pretty different; and including a few songs by a completely different band is exactly the sort of thing Andy would have done, so who knows? I don't, but as I said I couldn't be arsed to look in the booklet. Also, when editing the digitised file, I seemed to have found myself with an extra track among those at the beginning of side two, so I assume one of them was actually something with two parts, so I don't actually know how closely my editing and dividing this lot up into individual tracks reflects what was recorded - but it sounds the same so whatever.

In case you're an ignoramus or culturally deprived, Incandescence musicalises the poetry from The Poetry Society, an episode of Hancock's Half Hour and possibly the greatest thing ever broadcast on BBC Radio.

Download the twenty-six tracks, cover and booklet by clicking on this link.

Return to Index
Posted by Lawrence Burton at 12:08