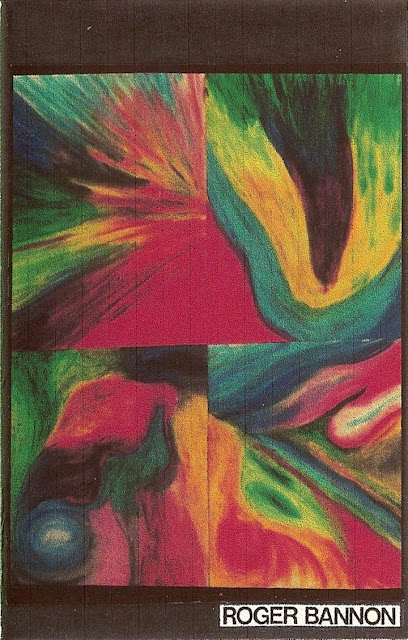 Here's another one, and the really doubtful material was my own, which I'm sure you'll agree makes for a pleasant change. Patriotic Hymn and Cenotaph were both recorded (on Andrew Cox's fancy keyboard) back in 1992 as Family of Noise tracks when I'd been going through a heavy Death in June period, hence my frowning in black clothes with a Bavarian castle in the background. Patriotic Hymn is specifically named after a painting by Giacomo Balla rather than my enduring love of Noel's Telly Addicts, Ginster's pasties, and everything which made Britain great; and Cenotaph was partially informed by the Severed Heads' Nation and represents my thankfully brief foray into martial industrial, which I suppose at least demonstrates just how piss-easy that shit is. What larks! These tracks probably would have remained unreleased had Andy not decided to include them on this tape, so thanks, Andy.

Elsewhere you will find a couple of half decent Wire covers, Nathan's thing which I thought was quite good, and a load of the Celtic stuff. The booklet featured art from people I've never heard of, which I'm sure will make sense if you bother to read the thing; and I assume Birth in December was in fact some sort of canny refutation of the aforementioned Death in June. Clever wording. Cheers.


Download the thirteen tracks, cover, booklet and haggis by clicking on this link.

Return to Index
Posted by Lawrence Burton at 12:06